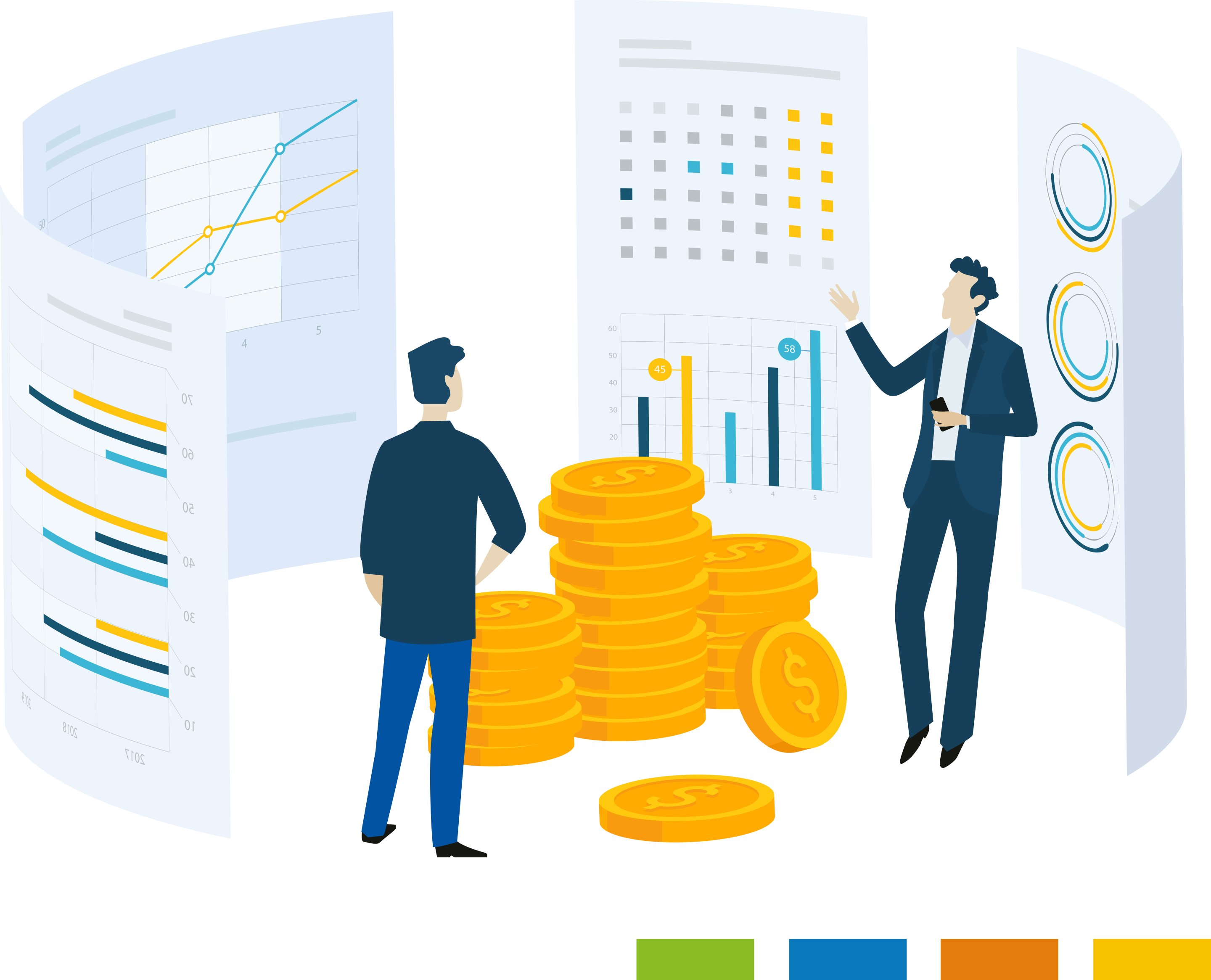 A bit of history (not too much)

Accounts payable represents your company’s obligation to pay off short-term debts to its creditors or suppliers.

Example: In most cases, companies will negotiate their payment terms to best suit their needs. This enables the company to purchase what is necessary for them, at credit, make a profit and then pay off their debts. But when a company buys 25 different things from 25 different suppliers, the company needs to keep a record of all these debts. That’s where accounts payable comes into action.

As you know, the concept of accounting, processing invoices and procure to pay isn’t an invention of the 21st century. It has been used for millennials since trade appeared in society. Nonetheless, it is only in the 1960’s that processes began to be standardised, and only two decades later did we see the first spreadsheet software (VisiCalc). In other words, the technological side of accounts payable is actually very new.

But, and here is the important part, the entire industry has seen a huge turn in the last 10 years. Technology such as advanced data capture, Optical Character Recognition (OCR), Intelligent Data Capture (IDC), Artificial Intelligence (AI) and blockchain transformed the account payable process into potential leverage to gain a competitive advantage.

As everything new, the first technologies took years to be implemented and were very costly. For some companies, new solutions have appeared and both cost and time have reduced drastically since. We are talking here of an implementation time of 12 weeks  instead of 18 months previously.

OK, Accounts Payable automation is now cheaper, but why choose this solution?

Well, for a lot of reasons really. Here are a few but there are many more:

1. 88% of spreadsheets have errors

3. It takes almost 6 times more to process each invoice

The first 3 reasons might already be enough to convince you of the vitality of automating your accounts payable.

3 processes you should automate?

Nowadays, companies that are looking to automate accounts payable usually implement an AP automation solution that is connected to their ERP system and other business applications. Many solutions are now cloud-based and can suit across section of industries and business sizes.

Problem: Invoice processing matches the purchase orders and payment terms with invoices to ensure payments are made accurately and on-time. Generally, it’s a multi-step approval workflow requiring some due diligence and a strong methodology. The problem is, those invoices are sent by vendors in different formats such as words, pdf, images or even email and if you are sorting all this paperwork manually, you are wasting a huge amount of valuable time.

Solution: AP automation software can extract data automatically and error-free using OCR technology, some are even relying on artificial intelligence so that any new type of data is correctly extracted the next time. You simply have to ask your vendors to send e-invoices although some solutions can extract data from almost any type of document.

Problem: Processing invoices or payment requires different people to be involved in a specific workflow. When you are still relying on a manual process, chances are that you have lost invoices in the past. Of course, sending documents from desk to desk, either physically or by email is never going to end up well.

Solution: AP automation solutions enable companies to have a centralised ledger (we call it a document repository) where all invoices are automatically saved and tagged according to their position in the funnel. Instead of sending email or sharing invoices physically, notifications are sent to the relevant people so that they can act accordingly. But it does not stop there: as an admin, you can also attribute roles with different levels of access so that each person only has the capability to fulfill his or her duty and no more.

Problem: The last step is often the most difficult one. Once invoices have been processed, information extracted and due diligence achieved, the payment is authorised. If you have a few invoices per month, one person is enough (and actually, you don’t even need to automate your accounts payable) but if you have hundreds of invoices a month, you are relying way too much on your team in this part of the process. Keeping track of all these different deadlines, agreements, discounts is not even a challenge, it’s almost impossible. Yet, this part is the most important, as it is imperative to pay on time or even earlier to have favorable arrangements with your vendors.

Solution: With accounts payable automation solutions, you automate the execution of payment once they are approved. Even better, you can schedule them! Once the invoice has reached the end of the cycle, the payment will automatically be completed on the date you choose. You may want to pay earlier with some suppliers and on time with others. The other positive side is that such solutions make electronic payments simpler by providing a central location from which to choose your payment method of choice, and eventually avoid paper checks which are costly.

50 years ago, ERP and accounts payable were the back-office tasks, somewhat dull but required, the kind of tasks you leave to the last minute because departments such as sales or marketing required more focus. But that was 50 years ago, now with OCR technology, AI and Blockchain, the way data is structured and used has changed and so has accounts payable. It is only a matter of time that companies at all sizes will have their accounts payable, and more broadly their ERP department, fully automated and why shouldn’t they when processing an invoice can be reduced from $20 to a small $3.

Yes, I want to improve my accounts payable function and

You have Successfully Subscribed!